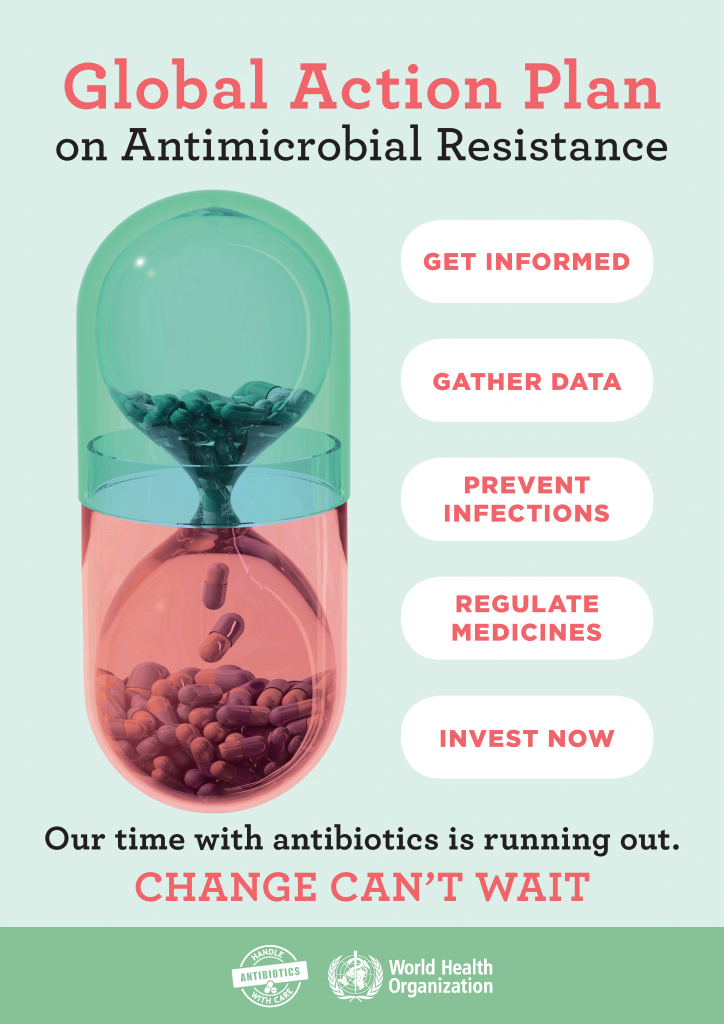 Antibiotics have changed the face of modern medicine, providing much-needed treatment to almost eliminate life-threatening diseases all over the world, including bacterial meningitis.  Before antibiotics, 90% of children who contracted this condition died.

However, the overuse and misuse of antibiotics has encouraged the emergence and spread of AMR which occurs when bacteria become resistant to the drugs used to treat them.

Almost from the beginning of the emergence of antibiotics, doctors noted that in some cases, penicillin was not useful against certain strains of Staphylococcus aureus (a bacteria that causes skin infections). Since then, the problem of resistance has grown, and now, involves other bacteria and antibiotics.

As part of our G10 Biology syllabus, students investigated one factor that affects microbial growth in student-designed lab investigations. They have now shifted their focus to the issue of antibiotic awareness.

Students have been assigned to groups to study the issue of antibiotic awareness including MRSA, Penicillin resistant enterococcus, multidrug-resistant tuberculosis and colistin resistance. This article is a resulting summary of their studies.

How does antibiotic resistance happen?

The impacts of antibiotic resistance

Antibiotic resistance is rising to dangerously high levels in all parts of the world. New resistance mechanisms are emerging and spreading globally, threatening our ability to treat common infectious diseases. A growing list of infections – such as pneumonia, tuberculosis, blood poisoning, gonorrhoea, and foodborne diseases – are becoming harder, and sometimes impossible, to treat as antibiotics become less effective. This results in higher medical costs, prolonged hospital stays, increase demand for new antibiotics, harsher treatments that could have dangerous side effects; increased morbidity from other diseases and increased mortality. 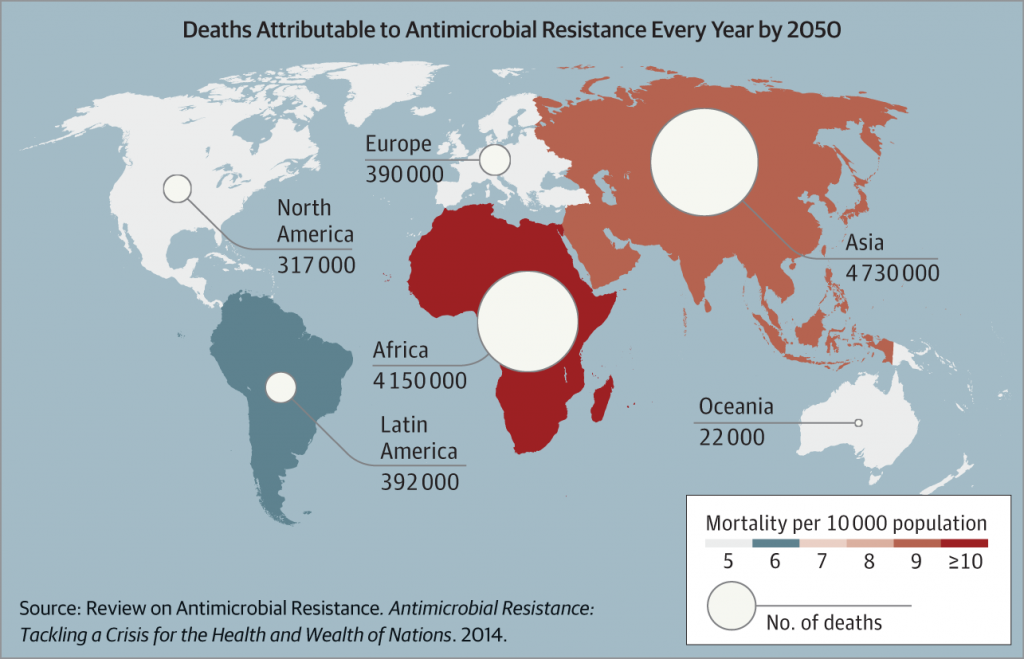 Where antibiotics can be bought for use without a prescription, often in newly developing countries where there is less regulation, the spread of resistance has increased. Without urgent action, we are heading for a post-antibiotic era, in which common infections and minor injuries can once again kill.

“This would really change life as we know it,” says Dr David Weiss, Director of the Antibiotic Resistance Center at Emory University. “Consider going to back to an era when a minor accident like a scrape could lead to death.”

These can have knock-on effects socially, economically, politically, ethically and ecologically.

Restricted activity due to illness results in job loss or lack of income. Politicians can use the demand for antibiotics to sway political campaigns which would be especially detrimental to politically unstable areas. Antibiotic resistance not only occurs in humans but also affects animals. The waste medical materials also need to be discarded properly which may have adverse environmental effects.

Our students come up with potential solutions

As a group, students have been researching ways in which science can address their particular topic. Some groups have explored the idea of viewing how other animals have evolved over time to develop resistance, in particular ants. Other groups have looked at new drug developments and also the effectiveness of hand sanitizer in reducing the spreading of microbes.

The world urgently needs to change the way it prescribes and uses antibiotics. Even if new medicines are developed, without behaviour change, antibiotic resistance will remain a major threat. 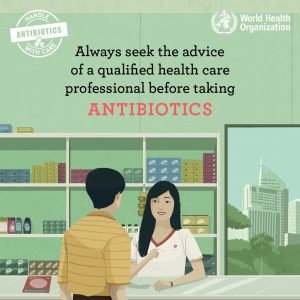 Behaviour changes must also include actions to reduce the spread of infections through vaccinations, hand washing, practising safer sex, good food hygiene and the safe use of antibiotics only used as prescribed by a doctor. Antibiotic overuse for less urgent illnesses like ear pain, sore throat, sinus pain, small infections, bronchitis, colds and flu needs to be reduced unless absolutely necessary. Antibiotics do not cure viral infections like colds.

The World Health Organisation has worked to put more resources into antibiotic research and development as well as vaccinations to fight antibiotic resistance, but the prevention of infections is key to long-term reduction. They have developed the Global Action Plan on Antimicrobial Resistance to work with hospitals to develop guidelines and assist in the education for safe and reasonable prescriptions of antibiotics.